CDs are Signed, and Birthdays are Special

We’ve celebrated the three founding members birthdays this year with special milestones. On singer Chris Gursky‘s (on L) April 4th birthday, we dropped our first single “The Chemical Zone.” On the late Matt Bouley’s birthday May 23rd, we celebrated his legacy by sharing the entire album for the first time end to end in a livestream on YouTube.

And for guitarist Andrew McKnight‘s (on R) birthday on July 25th, he and Chris met up in the White Mountains at the campground where they’d met as teenagers to sign CDs for all the pledges and preorders. We’re hoping that you’ve gotten yours! 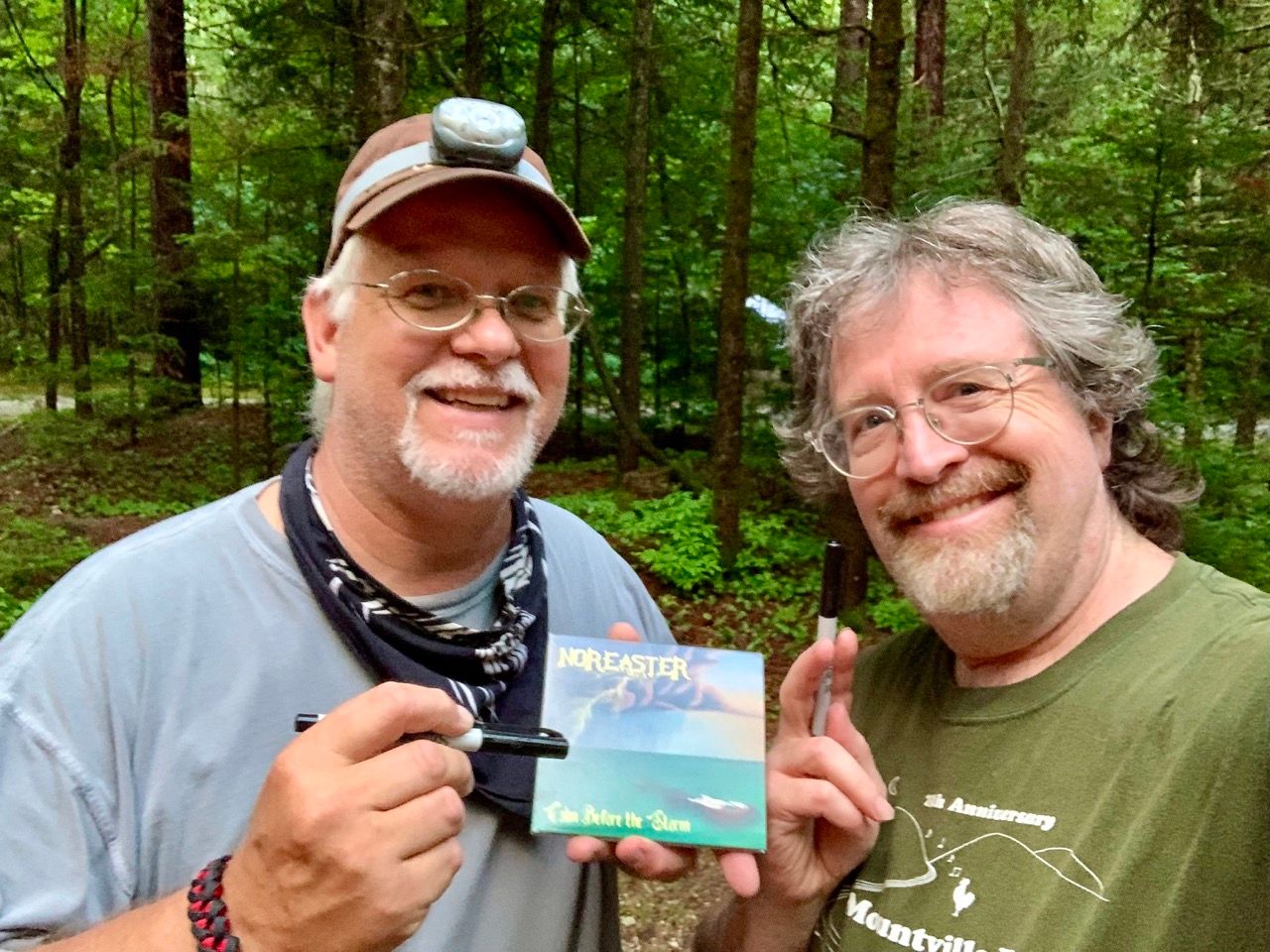